Susan Karsten here! This aspiring fictionista is following in the blogsteps of the fabulous Susan M. Baganz,  http://livingourfaithoutloud.blogspot.com/2012/12/the-next-big-thing-blog-hop-following.html   who posted about Lord Harrow’s Heart last month.

What is the working title of your book?

A Refuge for Rosanna

Where did the idea come from for the book?
This book is the second in a series. The first is “A Match for Melissa” followed by “A Refuge for Rosanna” and “Lady Ellie’s Escape”. The idea came as I contemplated how to create a series, and realized I could “re-use” a disgraced character from the first book as my hero in the second.

What genre does your book fall under?

Which actors would you choose to play your characters in a movie rendition?

Hero Lord Peter Winstead would look like the brothers from the HGTV show “Property Brothers”. Heroine Rosanna Cabot would look something like a young Mary Steenbergen. 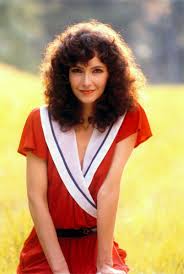 When Rosanna Cabot buys an estate to establish a refuge for ladies fleeing forced arranged marriages, she doesn’t expect to have heartwarning encounters with a neighboring man, the former owner of her estate.

Will your book be self-published or represented by an agency?

My first book, “A Match for Melissa” is currently being considered by an agent. My hope is that she will take me on and that I will eventually receive a contract for the whole series.

How long did it take you to write the first draft of your manuscript?

Bad me! I didn’t keep exact track of that, but about 8 months of intermittent writing.

What other books would you compare this story to within your genre?
Within the CBA, I haven’t found a Regency author whose work I feel is any more similar to mine than any other. We all write within the strictures of the genre, and that makes our work similar in a way. When I find one who writes similar to me, that will sure be fun.

Who or What inspired you to write this book?
I have read hundreds of ABA Regencies and the thought of writing one which would include a Christian faith aspect flitted through my mind off and on. I heard about No Plot? No Problem, read it, and began to play with a plot. I asked myself: “If I wrote a Regency, what would it be about?”

What else about your book might pique the reader’s interest?
You may enjoy the way I slip faith into the story without being preachy. If you enjoy descriptions of the beautiful fashions of the day, I’ve included a few of those. And, if you like humor, and who doesn’t, I’ve tried to let my own unique sense of humor come out to play on the pages.

3 thoughts on “All About my WIP: “A Refuge for Rosanna””